Over the past two months I’ve had the honor of sharing the Adobe Creative Cloud and CS6 to over 18,000 people around the world (complete list below). From Copenhagen to Cape Town, myself Jason Levine and Terry White were able to show the best Adobe has to offer. I specifically focused on Dreamweaver, Flash, Edge and other mobile technologies (Shadow) enabling you to create rich content for mobile and devices using Flash and HTML5. Everything was really well received. But don’t take my word for it, search the hashtag #CS6Tour to see for yourself.

There are so many memorable times it’s hard to recount them all. Although however cliche it sounds, the people we encountered made all the difference. I feel like I’ve made so many good friends. From fellow Adobe employees to users of the products. We all have something in common. We love to create and we are passionate about what we do.

Rather than talk, I figure I’d let the photos speak for themselves. 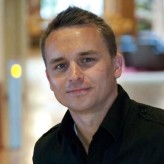